What, why, when, and issues to look out for 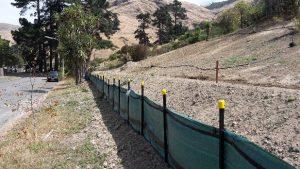 Silt fence installed across a loess hill slope in the Port Hills.

A silt fence is a temporary barrier of woven geotextile fabric that captures mainly coarse sediments carried in sheet flow.
Silt fences temporarily impound sediment-laden runoff, slowing down the flow rate and allowing sediment to settle out of the water. They cannot treat concentrated flows of sediment-laden water – for these situations use sediment retention ponds and decanting earth bunds.

Silt fences detain runoff flows so that transported sediment can be deposited by settlement. They are not used to filter sediment out of runoff. 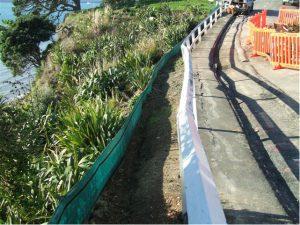 Silt fence installed at the edge of works (Source: SouthernSkies).

Silt fences are mainly used in the following situations:

Silt fences have the following limitations:

The following points are design essentials: 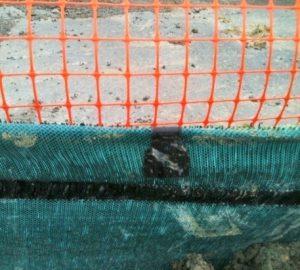 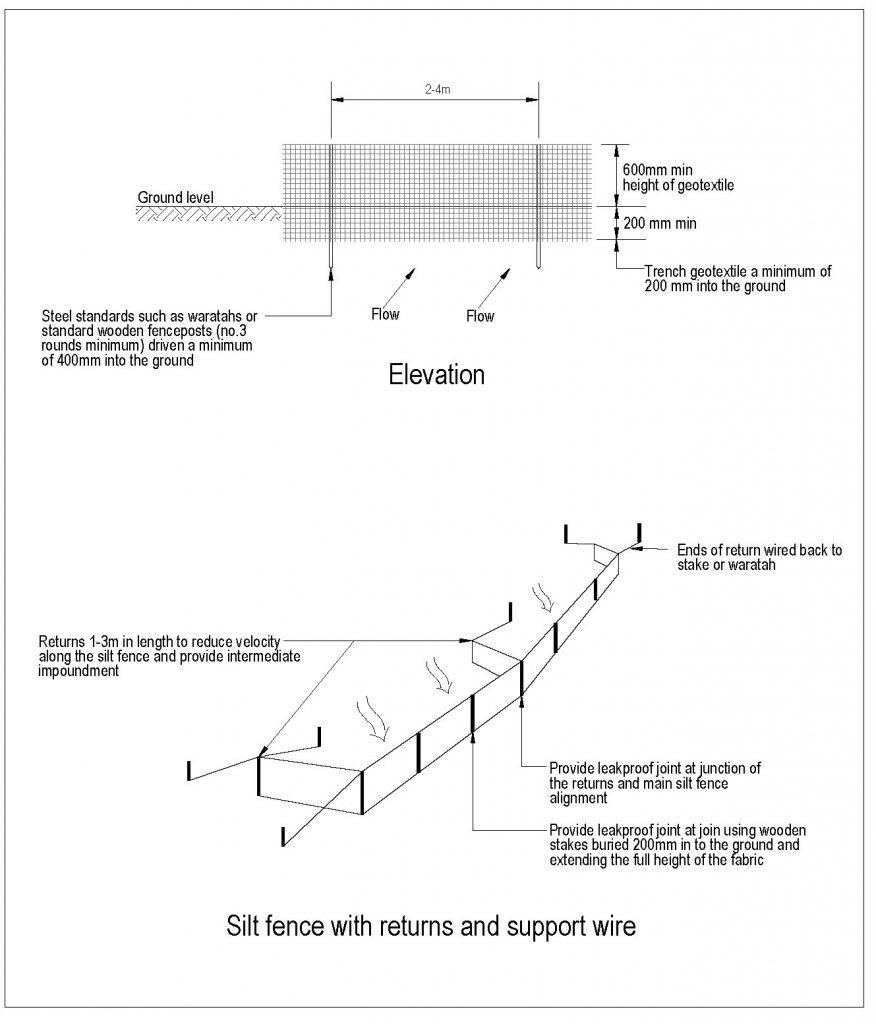 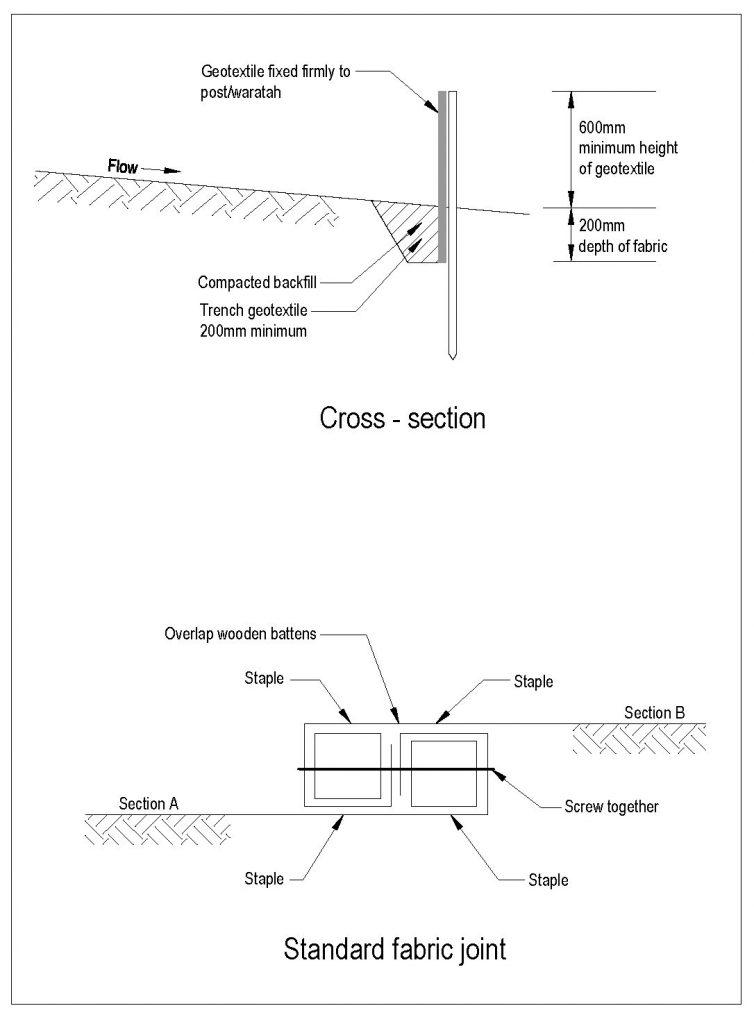 Step-by-step installation of a silt fence.